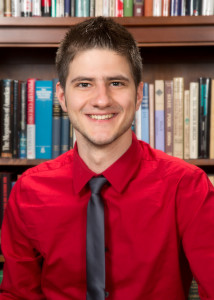 Where did it begin?

I began my Harvard admissions essay with a quote, “a journey of a thousand miles begins with a single step.” This quote was and continues to be an epitome of my own perception of how we should all dare to dream and thus act to pursue our dreams. I am thankful that my journey has been filled with exploration, challenges and adventures. I have consequently come to understand that life that is a journey of many colors. My first steps took me on a road which I would have never imagined.

From 2004 through 2010, I attended Catholic Middle and High School in Katowice, Poland. During that time, I did my utmost to follow my passions and interests by engaging in public community service, ecological projects, sports and music. Finally, after a couple of years of solid preparation for both Polish High School Leaving Exams as well as American college admissions, I was successfully admitted to many prestigious universities in the USA, UK, Canada and Netherlands. I decided to enter Harvard University as a member of the Class of 2014.

In 2014, I received Bachelor of Arts in Government with a secondary field in Economics and a language citation in Arabic. That curriculum allowed me to thoroughly understand politics, economics, international relations and economy, and the Middle East. I wanted to supplement my learning process with hands-on experiences. Therefore, since my arrival to Cambridge, MA, I have been actively contributing to the vibrant, dynamic and energetic community at Harvard University and elsewhere. At the University, I was enthusiastically engaged in life and projects of multiple student organizations. I began with small contributions to Harvard Model United Nations Conferences, Harvard Model Congress, and Harvard College Stories for Orphans. Overtime, I started to hold executive roles in many of them. I served as a President of the Harvard Polish Society, thrice elected for this position, as well as a President of Harvard Model Congress Asia, an educational non-profit organization. Through these experiences, I had the opportunity to practice management, consulting, strategy, operations and finance in a real life setting.

At the same time, I wanted to further my expertise in politics, economics, international relations and the Middle East. I was selected as the only intern at the Delegation of the European Union to the Hashemite Kingdom of Jordan in the summer of 2012, where I was working alongside Her Excellency Ambassador. In 2013, of hundreds of very qualified and competitive candidates, I was chosen as the only intern at the City of London Corporation in London, UK. In addition to my summer internships, I hold multiple positions on campus, for instance, as a Research Assistant in the Department of Government, and a Student Supervisor at Harvard College Library.

What are my passions?

Traveling has been an important component of my life. I have taken various paths in more than 45 countries in the world. Not only did I learn valuable lessons from each of the places I visited and people I came across, but I fully explored and discovered myself. Along with language fluency in Arabic, English, French and Polish, my various international experiences in America, Australia, Europe, Middle East and Southeast Asia allow me to adapt easily to different styles and communicate effectively across all kinds of boundaries.